We Are What We Are: A

This is an engrossing story about a family of rural cannibals who, once a year, ritualistically eat someone from their small town. The family has been devouring folks for centuries, passing the cannibal-torch through the generations, ever since the 1700’s when Ma and Pa ate Uncle Cletus and then eventually ate Ma in a flashback scene that’s like the Donner Party meets House of 1,000 Corpses.

There is not a comfortable scene in the movie; the tension is excruciating. I originally turned it on in order to mock it with some friends, but within minutes, we were mesmerized, leaning toward the TV where we remained for the entire film.

The minimalism and subtly made the movie really special. You see some carnage but there is plenty off-screen that gives you chills. The stuff that doesn’t happen, and the things that this film isn’t are what make it uniquely fucked up. This isn’t your mother’s redneck cannibal clan. This isn’t the cannibal family from Texas Chainsaw. Dennis Hopper doesn’t attack them with chainsaws. It isn’t funny. At all.

The music is quiet and evil as fuck. The sound irked something inside of me, especially during a scene where they cook some lady into what looks like burnt Denison’s chili and sit around their candle-lit shack slurping and staring at each other.

After hundreds of years of smooth-operating, the family’s dirty laundry starts to stink up the town. Mom and Dad exhibit visible symptoms of a disease you get from eating human flesh. A flood inconveniently exhumes some skeletons belonging to past Dennison’s chili cook-off victims. The teenage daughters start to reevaluate the ethical consequences of their extreme Atkins Diet.

Fans of Southern Gothic like True Detective will love this movie. There’s no shortage of swampy shanties and creepy evangelists with beards. There’s a forensics cop and a deputy who start sniffing around. The mingling of murderous religious-cult fanatics, and the detective work that might destroy them, creates some consistent and gritty suspense that all kinds of horror fans can enjoy.

Warm yourself up a bowl of chili and scramble some runny eggs before pressing play on this one. Trust me… 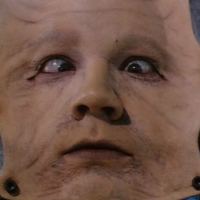 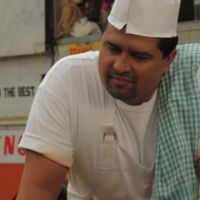 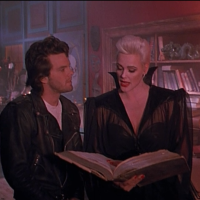