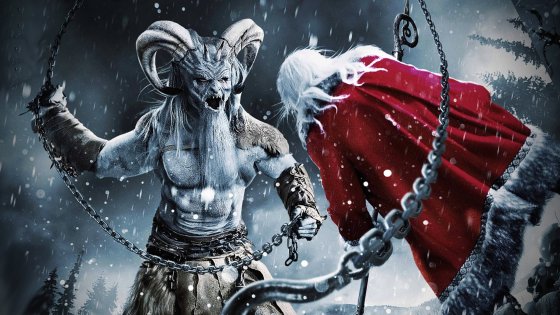 This one is an anthology movie that does a pretty good job of giving you what you want when you sit down to watch a Christmas-themed splatter-fest that had no chance in Hell of making it to theaters.

It’s no Creepshow, but CHS has four tales that are interesting enough. Let’s break them down with some micro-reviews:

Shatner shows up as the proverbial Cryptkeeper, a DJ spinning Christmas jams while he improvs awful jokes and ties the stories together. I wonder how much it costs these days to get Shatner to sit in a chair and babble complete nonsense for like 20 minutes.

The movie is alright, but one thing that bugged me a little was the lack of a unified tone. There were three directors working on this and the stories in the anthology each feel like they belong in different movies.

If you are in the mood to ask “Are you fucking kidding me?!” out loud multiple times while watching an anthology flick that doesn’t take itself too seriously, check this one out. 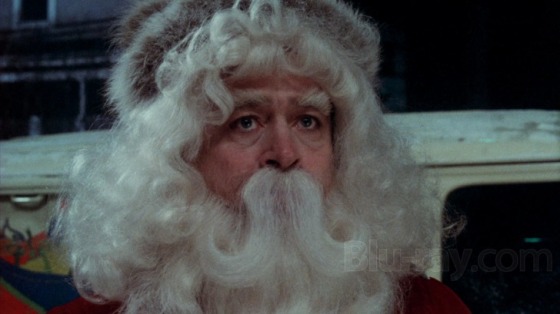 ‘Twas the night before Christmas, and all through the house, not a creature was stirring except Santa in his jack-off dungeon.

Christmas Evil has everything I look for in a good cult classic. It takes itself somewhat seriously, has abysmal acting from people trying as hard as they can to act, and has clichés before they were clichés. This was like a Taxi Driver Christmas Special. And before you get on your Silent Night, Deadly Night high horse, please note that Christmas Evil came out four years before SNDN…

Harry experiences some Christmas-related trauma as a young boy (he sees his father dressed as Santa, going down on his mom RIGHT NEXT TO THE CHRISTMAS TREE) and then grows up with a weird Christmas complex. He learns Santa isn’t a guy who comes down the chimney with a sack of toys, he’s a guy who smells like Pall Malls and does naughty things to your mom just 18 inches away from your stocking.

Harry grows up and gets a job at a toy factory and in his spare time, he spies on little girls and boys, keeping a genuinely creepy naughty/nice list. He also hums Christmas carols non-stop, builds his own custom dolls/action figures, and shuts out the outside world completely, effectively turning his home into his own demented South Pole.

The people at the toy factory start taking advantage of him even though it’s Christmas time. It’s very Dickensian. After an escalating series of minor abuses from coworkers and family members, Henry does the only thing that makes sense: He dresses like Santa and goes on a killing spree. “Naughty” people get attacked with a hatchet, “Nice” people get toys that Henry made after hours at the toy factory and in his South Pole jack-off dungeon.

There are some demented scenes of people getting slashed during midnight mass and another scene where Henry kills a guy in his bed on Christmas morning and then leaves behind toys for the guy’s kids. There are also some hilarious scenes of Harry hiding in bushes and driving around in a sex offender-y van, dressed like Santa, talking to himself.

At one point, some townsfolk form a mob, gather torches and weapons, and run around looking for Harry like some 18th century Carpathian villagers.

Henry is a likeable slasher who has a Travis Bicklian moral code he tries to stick to, but he is eventually undone by his own need to be a real-life Santa. I’ll leave it at that. This is a good slasher and I recommend you check it out. 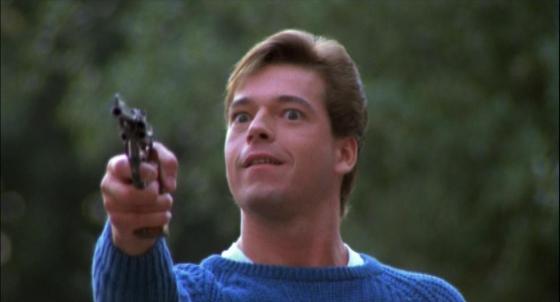 This sequel picks up shortly after the conclusion of the first film and follows the homicidal misadventures of Billy’s younger, sweater-wearing brother, Ricky, who is also a traumatized lunatic because of a killer Santa murdering his family.

The guy who plays Ricky is somehow a worse actor than the guy who played Billy. His fucking facial expressions, intonation, and head movements surpass Shatner levels. Just this guy abysmally sucking at acting so bad for 90 minutes while keeping a straight face was enough to earn the movie a C. Look at the picture I posted up there. That’s him looking “edgy.”

Ricky is in a nuthouse at the beginning of the movie. It seems he has committed his own string of murders (“PUNISH!”). We get some flashbacks from SNDN1 in the form of original footage and refurbished scenes that include Ricky as a more active participant.

The flashbacks evolve into a frame story that show Ricky murdering some “naughty” people. This is B-movie slasher GOLD. Anyone who has seen the movie will tell you straight up that the “GARBAGE DAY” execution is a magical achievement in low-budget horror (please see the end of this post). He does all sorts of crazy stuff. He chokes a woman with a car antenna and jumper-cable electrocutes a guy. He also shoots lots of people, many of who don’t seem very naughty at all.

Lots of goofy carnage and anti-acting. Funny music and an impressive body count. Worth your time. 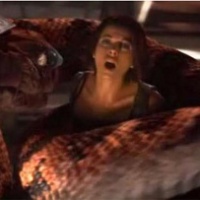 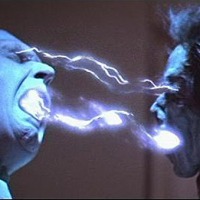 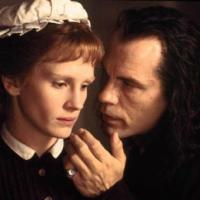 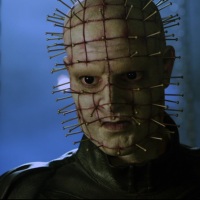 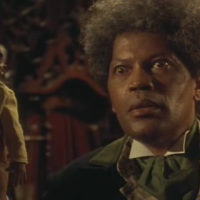 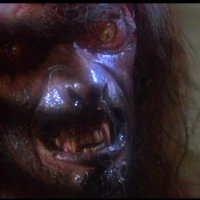