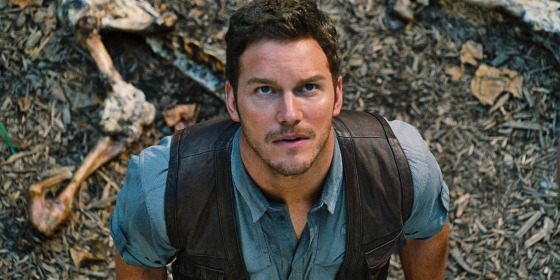 Have you checked out the trailer for that Jurassic Park sequel, Jurassic World? Holy shit, man, they’re finally taking it to the next level! You don’t just have a theme park in the making, you have a functioning theme park with tons of visitors (read: more victims). You’ve got some big-ass prehistoric Hainosaurus (which is not technically a dinosaur, learn your paleontology, son). You’ve got some sort of genetically-altered super smartass dinosaur. You’ve also got tame velociraptors.

Yeah, I know, that might sound strange. How can you tame a velociraptor? Well, do you own a dog? Check this shit out: that motherfucker is really a wolf! I shit you not. Genetically speaking, it’s a direct cousin of that fuckin’ beast that ate up Little Red Riding Hood’s stupid bitch of a grandma. And you own it. And you pet it. And you pick up its shit.

Oh, but Richard, you’re saying, that took like, what, ten thousand years for wolves to become dogs! This new Jurassic Park movie doesn’t take place that far into the future! Well, asshole, maybe you might want to use the Google and read up on the domesticated silver fox. It was an experiment done in the former Soviet Union where they selectively bred foxes for tameness, and you basically went from vicious little beasts to pet foxes in just a few generations! Now apply that same shit to velociraptors. It’s been proven (in the first Jurassic Park movie) that those bastards can figure out how to open a door, and that’s when they’re at peak wildness. How many wolves do you know that can open doors? What, like maybe a few of them, at best? I believe I’ve made my point here.

By the time you’re reading this, the movie may have already come out and it might suck a dirty piece of ass. But that’s not my point. My point is that it did something different with the same concept.

Paranormal Activity 2 is basically the same movie as the first one, only it adds a little twist to the end. It’s not as impressive as having HD cameras in the 1980s like the third movie does, but if you liked the first, you’ll like this shit too. If you hated the first, nothing’s gonna change your mind. Me? I liked it. Wasn’t bored for a minute.

So yeah, everything you figured out in your head as to what happened before the first two movies, which were pretty entertaining, is pretty much what happened. When are we ever going to learn shit from the demon’s point of view? Why does he like to knock shit over? Why do that whole “ghost” bit where he wears a fucking sheet? What’s his motivation? Could he have chomped that one dude’s dick off rather than just give him a stupid scratch?

And why does he always wind up killing the person he’s scaring by the end? Why wait it out? Is he like a cat playing with a mouse? Or is it all part of some bureaucracy that will get him that big promotion in the army of Satan when the Battle for Armageddon happens? And why doesn’t he just say to Satan: “Fuck this shit, yo! I know your stupid ass is gonna lose, bitch. It says so in The Bible, which is the inerrant word of God! Why do you even bother with this shit? Damn, come to think of it, why do I bother with this shit? The Lord is going to cast me into the abyss eventually. Everything else is just a fucking game until then.”

And then Jesus is going to have to forgive him, ’cause that’s what He does. Then by the time we get to Paranormal Activity 13 it can all be about an evangelical demon who proselytizes to the minions of hell, and he’s like, totally annoying and shit. 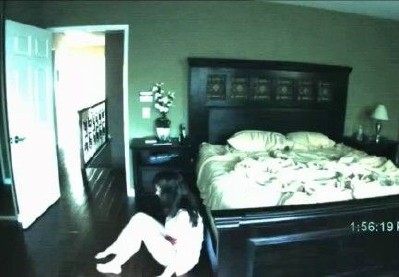 A phenomenal success story for the low budget horror genre, Paranormal Activity was made for $13,000 with no recognizable actors, gore, or special effects. It’s a close cousin to The Blair Witch Project, but with less mystery at the end. If you liked that one, you’ll like this.

The trajectory of the film’s hype was easy to predict. There was a huge rush of praise, followed by the inevitable backlash of people who saw it after being told how good it was, went in with their expectations too high, and proclaimed it’s overrated.

What I liked most is that I can tell you what’s good about it. Remember what that was like? Before the days of big, overwrought, CGI nonsense likeTransformers 2, G.I. Joe, and the excruciatingly awful-looking 2012 took over the multiplexes? Try asking someone what he liked about those movies. You’ll get “It was hella cool” and “It had so many ‘wow’ moments” and “Megan Fox is hot.”

What’s great about the film is that it plays with our feeling of safety. Blair Witch took place in the woods. Those people went looking for trouble.Paranormal Activity is shot exclusively within a young couple’s San Diego house. We’re trapped inside with them, and the claustrophobia builds. Furthermore, most of the really bad stuff happens in the bedroom, while they sleep. That’s the place we all should feel the safest, but when we sleep we’re never more vulnerable. That paradox played havoc with me for 90 minutes.

As per horror movie tradition, things start innocently enough with some soft thumping and harmlessly moved personal items, and the suspense builds from there. There’s the typical macho arrogance from the alpha-male who thinks it’s all a big joke…until shit gets real. And boy, does it ever get real. There are some slow moments, but the last ten minutes are as harrowing as it gets.

I wasn’t impressed by either of the two lead actors (Micah Sloat and Katie Featherstone), but they were passable enough to keep things in the realm of believability. The film’s strength is the way the suspense keeps building with the use of very simple techniques that don’t take an army of computer programmers. The use of stop-motion photography. A light going on and off. A menacing growl. 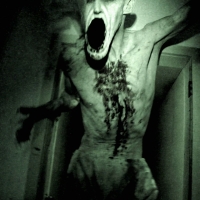 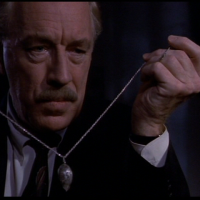