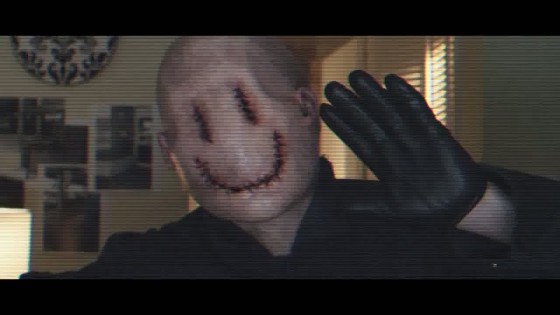 Not much going for this one. There isn’t a single innovation or likable character in the film. 100% of the scares are dependent on shock cuts with high-pitched synth stabs. The whole thing reeks of pretentious film student.

Dark Skies ambitiously (and desperately) wove three back-to-back false climaxes into the film with the “suddenly wake up from a dream” sequence and the result was a punishing conclusion to a painfully shitty alien film. Smiley did it six times and tried to follow it with a double twist ending. The result was me exclaiming “fuuuuuuuuuuck Smiley!” We were predicting virtually every “twist” while viewing the DVD.

Apparently, if you visit a specific video chat site, and type in “I did it for the lulz” three times, a blade wielding serial killer will appear behind the person you are chatting with and proceed to murder them. Protagonist Ashley and her weasel friend decide to try it out and are horrified when it works. An odyssey of uninteresting paranoia and false scares unfolds as does a brain numbing showcase of terrible acting, writing, and sweaty guys jerking it in chat sessions.

The cast is comprised of nobodies, Z-level Youtube attractions, and Keith David (who probably had about 5 minutes of screen time). If you pay attention, you can see they only have about eight extras to work with; the same fucking people appear in the background all the time.

“Oh well,” you think to yourself. “At least there is usually some eye candy in Teenager-Slasher films.” Sorry. The “sexy” characters look malnourished and confused; Ashley, who is referred to as “hot” in the film, looks like a thin candle with two descending drips of wax for breasts. The guys are all film/music majors.

The killer’s name is Smiley, whom a character in the film generously dubs “the world’s first viral serial killer.” Jeez, talk about a long shot. How about “first emoticon-based serial killer”? Internet horror flicks have been around for over a decade (see Fear Dot Com) and there are plenty of horror movies based on urban legends (see… um… how about Urban Legend?). Smiley is just a dude in a trench coat. Whoa! What imaginative genius thought that up?

Smiley’s face comes dangerously close to an original concept in the film. His eyes are stitched shut as is his mouth, which has been carved into a permanent smile. He looks like a big toe with an infected ingrown nail. I don’t know how he sees or speaks, but he does.

Ashley’s Ethics teacher speculates on the internet gaining consciousness and possibly evolving into a malevolent force. Smiley might be a personified, angry internet who likes to hack up dudes who beat off while visiting chat rooms… on the internet? How he is qualified to speak on this (and why the fuck would he in an Ethics class?) is unclear and as foreboding as the tufts of manicured chest-hair hanging out of his shirt.

My favorite part of the movie was when it was over and no one else was trying to act. Or speak. Or be on screen. 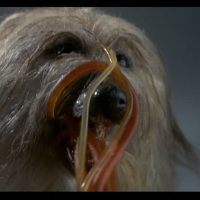 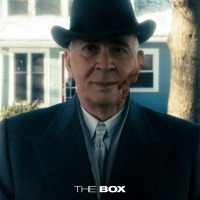 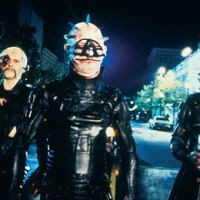 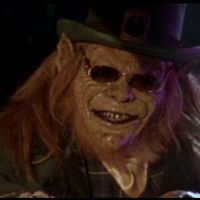 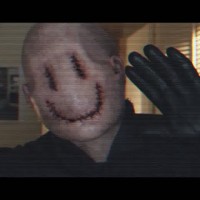 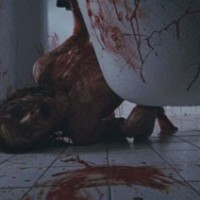