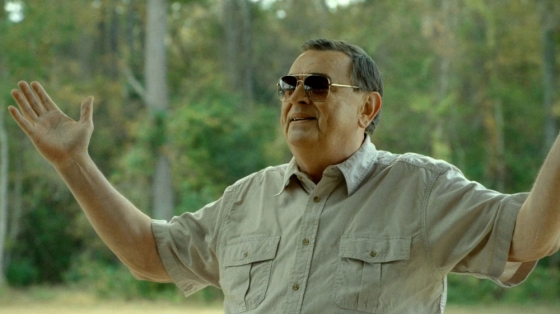 This is a found footage film that follows a couple of journalists who make their way into an isolated Jonestown-like settlement, triggering its implosion, red Kool-Aid and all. There are some chilling moments of cult fervor and some scenes that capture what some parts of Jonestown life must have been like with a sociopathic “Father” watching your every move with Orwellian enthusiasm.

The cult leader is played by the gas station owner from No Country for Old Men who, for this film, impressively transforms from a cowardly redneck into a part-evangelist faith-healer, part-Kim Jung Il terrifying idol. The guy kills it. He dresses like a Florida retiree and he wears tan aviators that magnify his eyes to an almost amphibian golem-level.

The monologues are mesmerizing. “Father” has this fucked up delivery that is a mixture of southern drawl and game show host while he peers though his shades and quotes psalms to justify the way of life in his compound. You feel like he could start drooling at any second but that he also has a 250 IQ. He does these great shifts in and out of creepiness; one sentence will sound like your kindly old grandpa telling you a joke, and the next sentence sounds like Chairman Mao ordering your execution.

My biggest beef with the film is that is takes a little too long to get moving and the end takes overly-elaborate pains to insist that what you just witnessed was a documentary and not manufactured fictional “found footage”. They really lay the exposition on thick to make sure that you know you are headed into a Jonestown situation with seriously brain-washed people. And the montage of “found photos” at the end is fucking lame. After it gets rolling though, you won’t be able to look away.

There are some cool found footage tricks in this one. People drop the camera or have the camera taken away from them. Sometimes, the protagonist is filming. Other times, you get footage from the bad guys’ point of view. Actors sometimes set the camera down and you get these long takes that are framed really well. Sometimes there is ambiguity about whether or not someone is filming at all.

It was a fun watch and the best found footage flick I’ve seen in months. 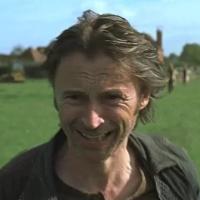 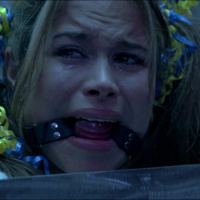